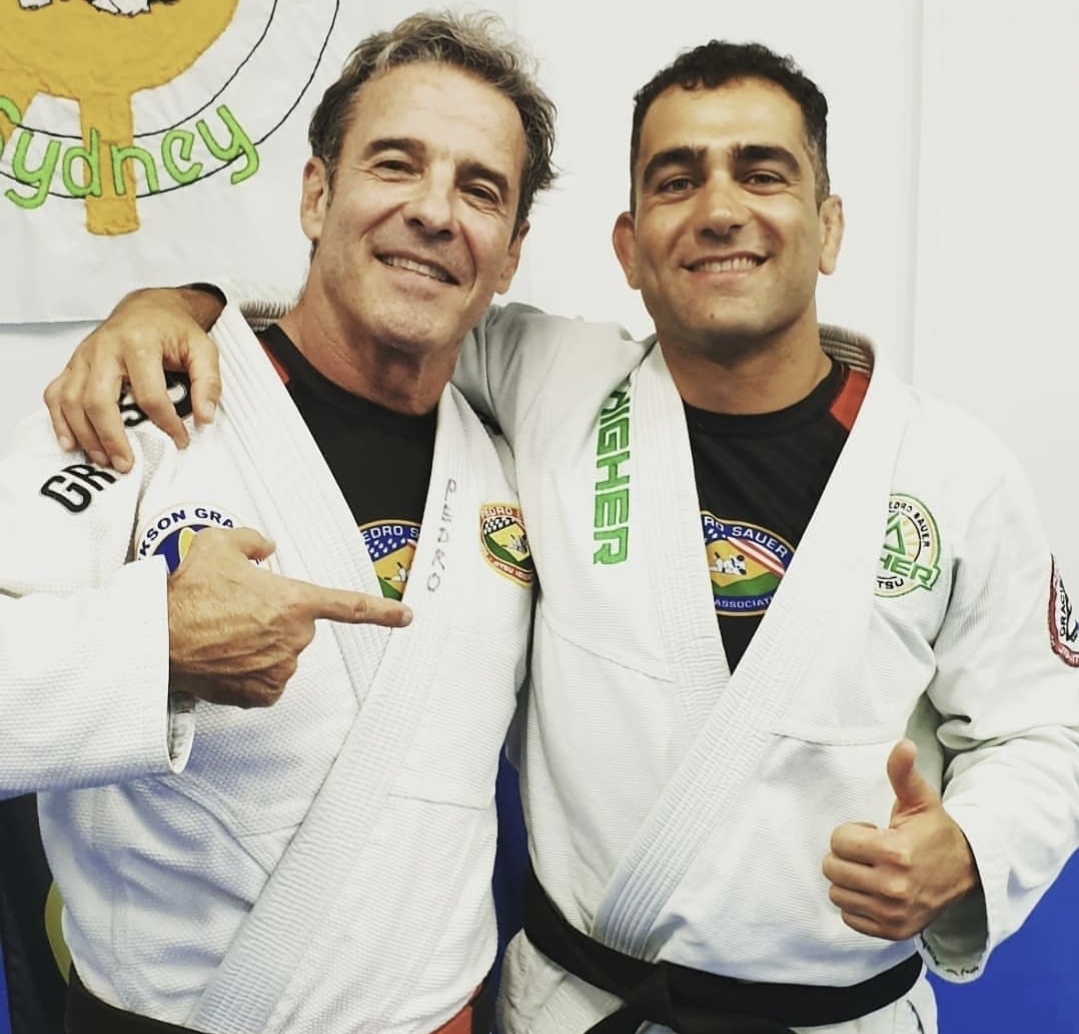 An avid Rocky Balboa fan as a kid, John has been into the combat sports since he could remember. As a teen, it was the Ultimate Fighter 1 reality TV show which led him to a trial class at SPMA Concord led by Elvis Sinosic and Anthony Perosh. It was love at first sight.

This BJJ romance has led John to travel and seek different trainings and tournaments all over the world, living, and learning with the gentle art of jiu jitsu. He competed and won numerous local and NSW state titles since 2007, and also competed in the Brazilian Nationals and World Championships twice.

Things got very interesting in 2012 when a gold medal winning battle also came with a permanently damaged shoulder. A lengthy recovery process allowed for plenty of time to ponder the intentions, and methods of this beloved art.

They say ‘when the student is ready the master appears’. Funnily enough it was soon after this injury that John met Steve Maxwell who shared with him many secrets of Jiu jitsu for a lifetime. And then another chance encounter with Phillip Grapsas and Master Pedro Sauer left John enlightened and inspired to pursue the Gentle Art as a lifestyle

John has learned by experience that the way of forceful effort is neither smart nor sustainable. Quality is now the priority. On and off the mats. As a coach, he is now committed to sharing this philosophy with like minded people at Higher Jiu Jitsu.

Off the mats, John is a dad of 2 kids, loves to work out, read books, and when not training and coaching you can find him watching UFC and hanging out with his family. 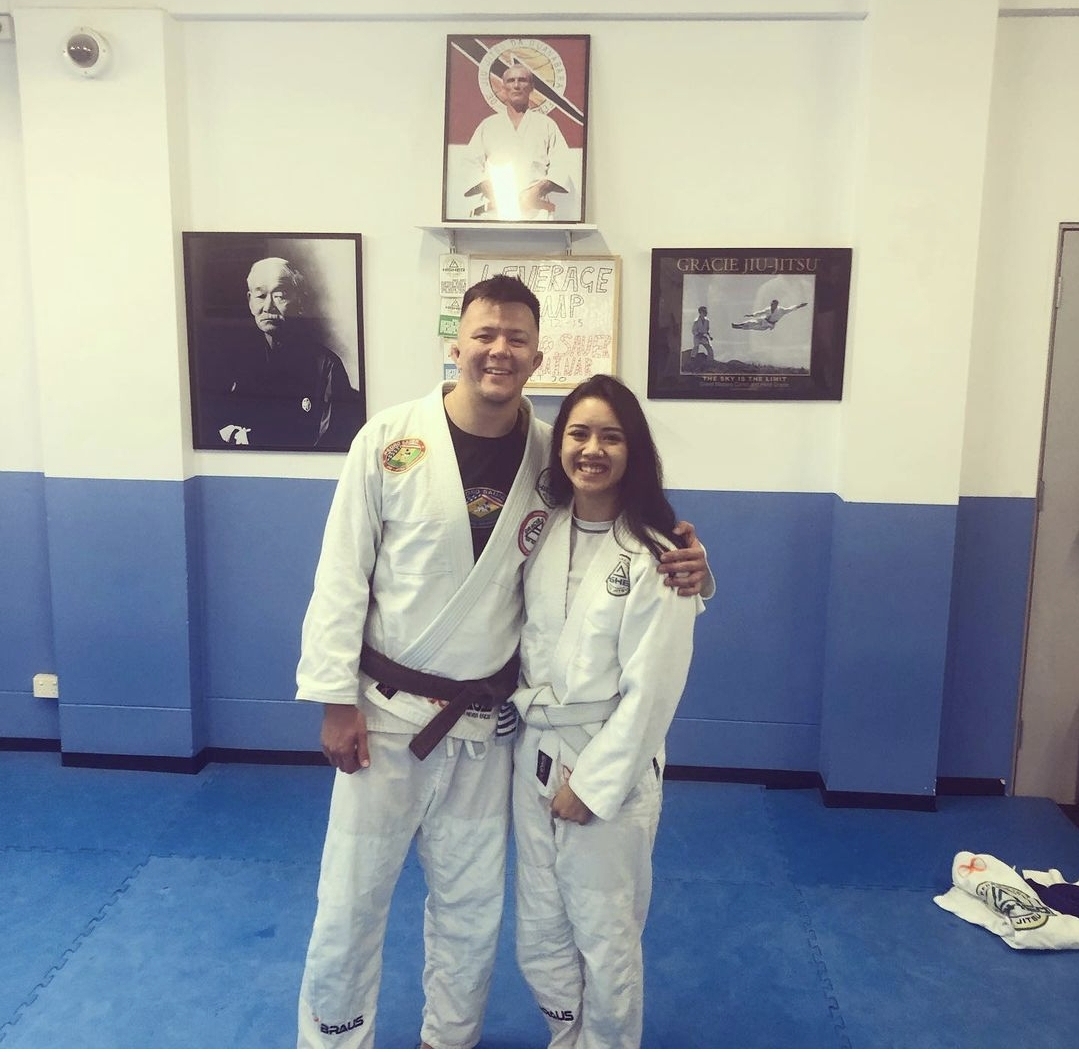 Oscar also began his training with Anthony Perosh and Elvis Sinosic, and was the first student to accompany Coach John over to the PCYC. Over the years, Oscar has been instrumental in helping to guide the direction of the school, and is a very regular feature on the mats. Both as a student, and as a teacher, Oscar brings an unbridled passion for uncovering mechanics for others, and improving his understanding of our art.

Off the mats Oscar works as a sales and marketing analyst, loves eating delicious food, taking his French Bulldog for long walks on the beach, and is unfortunately a Sydney Roosters fan. 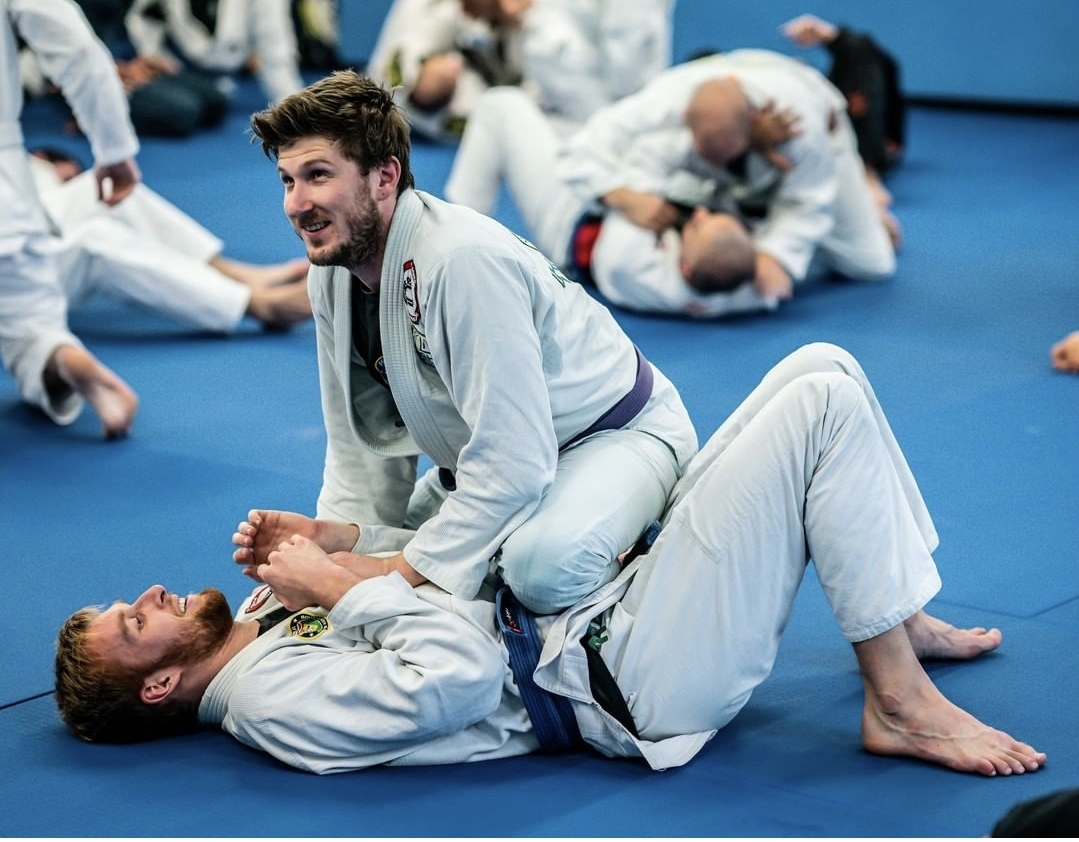 Also an original student of SPMA Concord, Matty has been training jiu jitsu for over a decade. He started training in the martial art as an uncoordinated, overweight teen and with commitment and hard work has developed his skills into a legendary coach and student at Higher.

In 2022 Matty has taken the plunge and is now a full time employee with Higher Jiu Jitsu. You will see him at Sydenham and Woolloomooloo, and you will love taking classes with him!

Off the mats Matty loves keeping fit, and then gaming, & chilling out on his beloved couch. 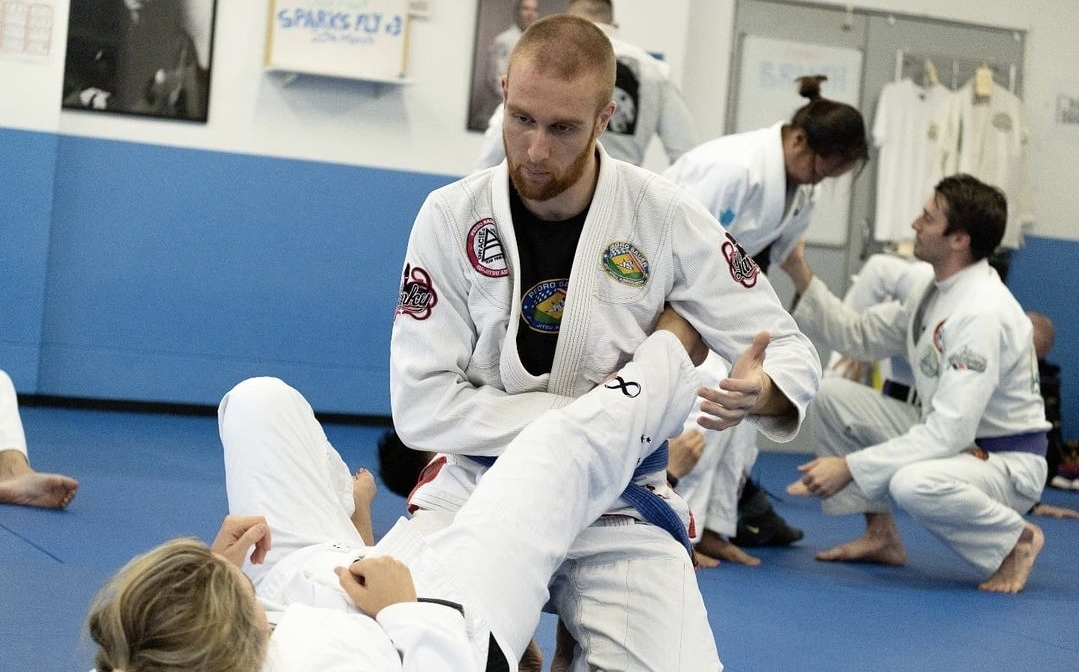 Coach Danny is the perfect example of the transformative nature of jiu jitsu. With the lessons of the gentle art, Danny has slowly but surely moulded from a day 1 white belt without little confidence or direction, to a jiu jitsu purple belt extraordinaire. His eye for detail is remarkable, and his thirst for knowledge insatiable. After about 5 years of training, the progress has poured on the mats, and also off them too.

After numerous years working in as a sound technician for a big company, Danny is making the slow transition to a life in health and jiu jitsu with the goal of helping everyday people build quality of life, the Higher way. When not on the mats, you can find Danny working out, and resting before his next jiu jitsu session. Danny is an asset to this school, our students, we love having him around and I’m certain that you will too. 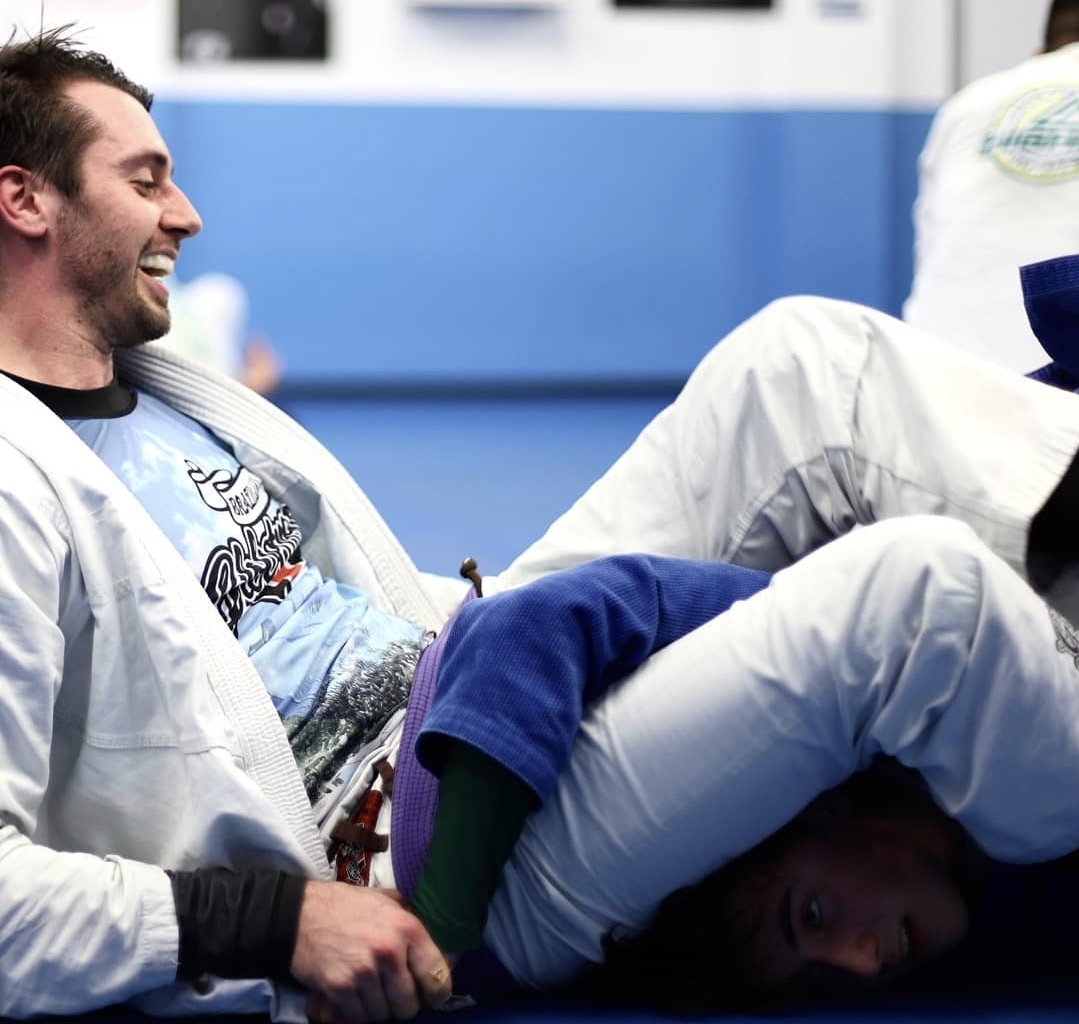 Originally hailing from Vermont, USA Nick is a self professed jiu jitsu and engineering nerd. Nick loves to analyze the workings of leverage, and remains forever curious to understand how things work in order to do them better. He has experience in numerous different jiu jitsu systems from all around the world, and has a keen interest in Women’s self defence, and law enforcement tactics.

Off the mats Nick is a solar energy engineer, and you can find him working on his new venture known as Outback Mask. Fun fact: Nick’s purple belt test was one of the most sharp, and impressive ever seen. 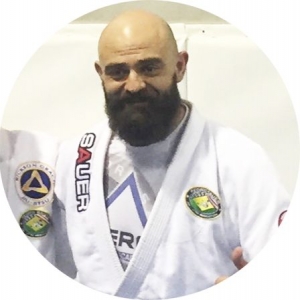 Lead Coach Phil Grapsas is a highly qualified black belt in Brazilian Jiu Jitsu.  And it is his knowledge of self defence that truly defines him as an expert. The focus of Phil’s Leverage Jiu Jitsu Academy is to ‘get you home alive’ hence an emphasis on practical techniques which can be used in real life situations.

Phil is the Professor Pedro Sauer’s second black belt in Australia. He regularly comes down to guide our practice of Higher Jiu Jitsu. We’re lucky to have him as our coach down under. 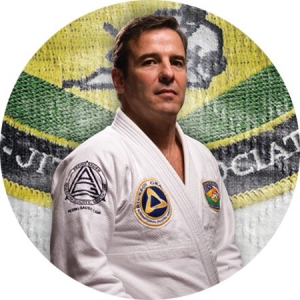 Professor Pedro Sauer earned his Black Belt from Helio and Rickson Gracie in 1985, after years of training at the famous Gracie Humaitá Academy in Botafogo, Rio de Janeiro, Brazil.

In 1990, he left a thriving career in law to relocate in Utah and spread the message of jiu jitsu. There he taught as one of only two non-Gracie black belts. His teaching is second to none. He has been named the “Best of the Best Brazilian Jiu-Jitsu Instructor” by the ADCC.

He leads by example. With the most refined understanding of technique, and a humble appreciation of the philosophy behind our art, the Professor continues to inspire the Pedro Sauer Association and the entire jiu jitsu community.