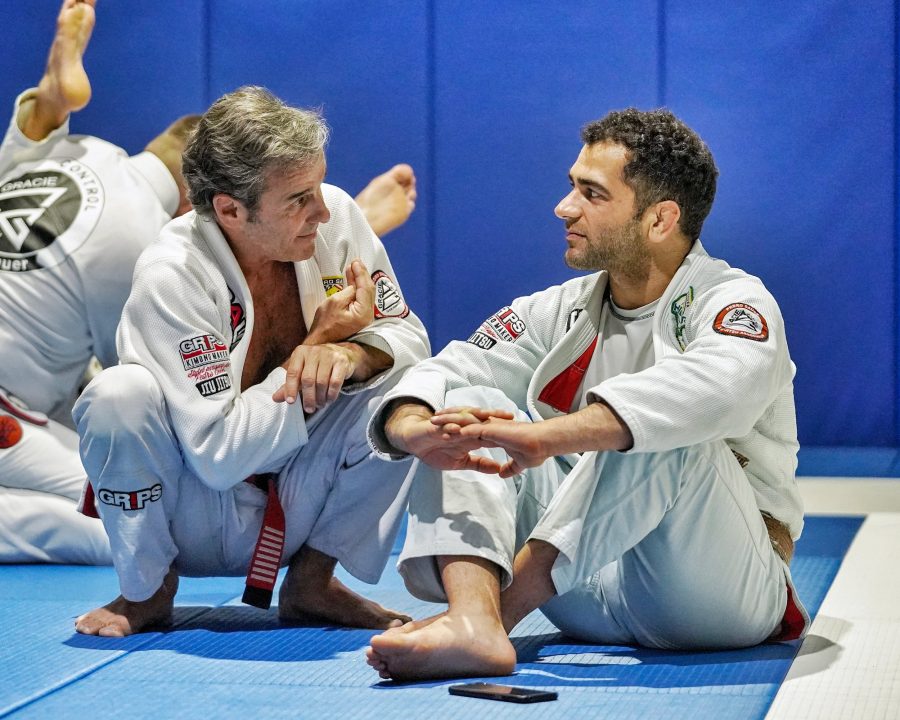 Prefer to listen to audio?

On the 2018 annual tour of our Master Pedro Sauer, we made it out to Mitrevski Martial Arts for the 4th instalment of the seminar. It was nearing the end of the event, when the Professor felt the idea of some rolling amongst the students.

“John” the Professor calls out, “Come and roll with Burak here.”

The phenom black belt who had just conquered double gold at the 2018 Pan Pacs was tying his belt and readying his gi for some training with none other than me.

The last time we’d had a roll I felt a level I rarely experience. Everything I did eventually resulted in submission. It was humbling to say the least. That was around two years ago.

And so on this occassion, we fist bump and get stuck in. I’m flowing and so is he, and we’re exchanging positions and having fun. He’s smiling, and I’m smiling. But we’re moving.

Once again, Burak’s jiu jitsu feels like nothing I’d ever experienced before. One moment he was where I wanted him to be, and the next one he’d be gone. It was slippery beyond comprehension, and I loved the opportunity to feel it.

I was being super careful of extending for any grips in his collar. After watching so many highlight reels of his finishes, I knew my arm would be toast if it went a little too far.

My defences were good for a few minutes. But constantly being on the defensive starts to get very tiring. Burak was warming up. I was gassing out. He had me right where he wanted me… And it was at this moment that the Professor decided to sit right next to us and watch his black belt phenom and the Higher Jiu Jitsu front man go toe to toe.

There was one moment where I was trying to pass his open guard. I’d tried to leg drag. I’d tried to go through the middle. But all I felt was dirty feet on my gi, and I couldn’t get rid of them. From those dirty feet inevitably the sweep would come. I saw it happening but I couldn’t work it out in time.

Thankfully after about 10 minutes, a few of those spent watching me being dominated, Professor called time, and we switched partners.

I was on a high. I’d been soundly beaten and I hadn’t expected anything less.

But now I had questions.

Real problems that needed to be solved. Gaps to be filled. Everything I did was being countered, and I needed answers.

The Perils of Poker

The next night we were at Burak Sarman Jiu Jitsu Academy for another seminar with the Master.

We discussed all matters of jiu jitsu, and as always the Professor’s ethos and techniques were on the level of brilliant.

During the seminar, Master Pedro approached me for a chat. 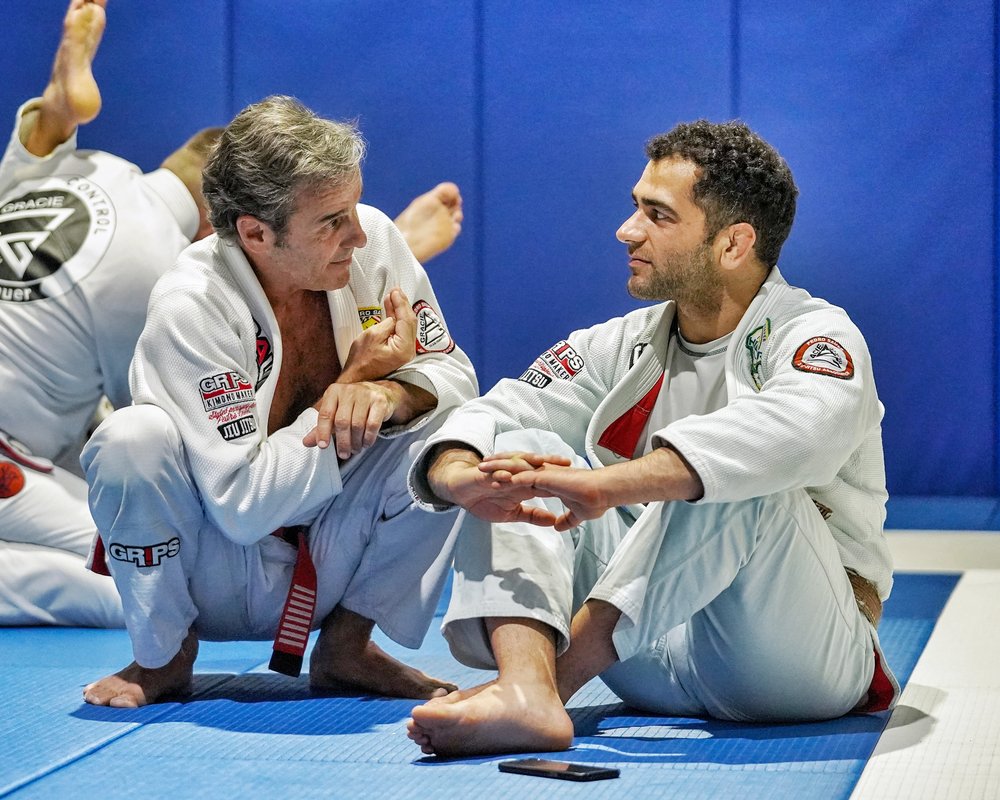 “John, I saw you roll with Burak. You did well my friend, nothing to be disappointed about because this kid is a monster… But you also played right into his hands.

His whole game is based around counter attacks, and it only occurs when you attack. You were attacking him too much and that’s why he was coming on top of you…

Remember the poker game in Vegas? You were showing your hand from the beginning and that’s why he was dominating you.

Suddenly it all made sense. Everything the Professor preaches in his seminars came and smacked me in the head like a tonne of bricks. For when I was rolling with Burak, I was doing all the right things. But he would see them and come right back at me with the counter attack.

I was showing my cards, and to the #1 black belt and most clinical finisher in the whole Pacific region. It wasn’t a lack of knowledge that resulted in my drubbing, but in the strategy of applying the techniques.

It’s the ethos that the Professor talks about better than anyone. And if you’re the one pressing the pace you better be super careful and not mess up anywhere, or gas, because that’s your opponent’s cue to catch you.

It’s how Gracie Jiu Jitsu promises that the smaller, weaker, less aggressive person can survive against the attacks of the bigger, stronger person. It’s not with gung ho attack. Instead, you need to stay safe, pick your moments, apply your technique effectively, and be smart with your strategy.

It’s on you to keep your chin down, elbows in, and to stay connected in every position. It’s on you to defend your neck and not fall for traps. It’s up to you to keep moving and re- establising your frames. And it’s on you to pick and choose your moments of counter attack wisely.

It’s why you need one half of your brain involved in your movement, and the other half observing and feeling where your opponent is going. It’s why you want to be soft, and supple, and able to move in any direction without hesitation. It’s because you never know when that moment to counter attack will come, and you want to be ready, and able to pounce.

So on Saturday it was a real pleasure to host none other than Burak in Sydney for another instalment of The Art of Submission. Low and behold we got to train again.

Yes I got tapped. Yes I was being dominated. But this time I wasn’t feeding his techniques recklessly. There were numerous moments when I had the option of moving forward and thus showing my cards, or holding back and seeing what he was going to do.

I could see these moments so clearly, and I could feel my brain deciding which path to take. And when I took the path that the Professor recommended, things were different. Our bodies got to have a conversation rather than just being beaten into the mat.

Sure I was submitted, and of course it was very hard work to even survive. But if I acted in the right way, and used effective technique, most times, even in the tricky positions, there was light at the end of the tunnel.

When you get to the higher levels of training in our martial art, you start to see the differences and importance of strategy.

The jiu jitsu strategy will always prevail. Stay safe, defend yourself, and only when you see the opportunity, then you can counter attack.

If your game is focused only on attacks there will come a time when you’re outmatched physically, or technically, and it won’t work for you. This is when you die.

Instead, seek to create a safety net of defence, so that you can count on it no matter who or what is coming your way.

When you stay safe in defence, and when you develop an effective shield to protect yourself, only then can you see the opportunities to use your sword, and that’s when you can use it well.

More than anything, I was incredibly grateful for the opportunity to learn from Burak, and I’m beyond happy to be under the watchful guidance of the best Professor in the world, Master Pedro Sauer.

With the help of these legends, well continue to improve, and practice the pure philosophy of Gracie Jiu Jitsu. In Sydney, Melbourne, and througout the world, together we’ll continue to help everyday people build quality of life with jiu jitsu, on the mats, and off.

Thanks Burak. Thanks Professor!

Curiosity On the Mat Doesn’t Kill the Cat