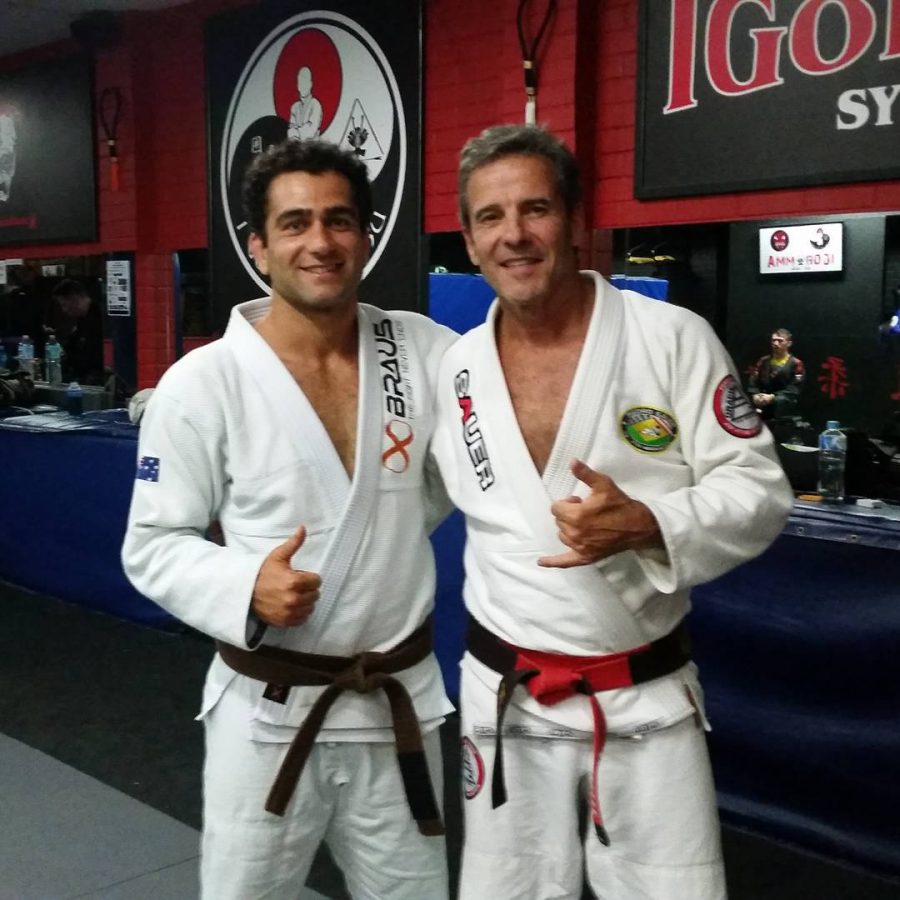 I was in recovery from a vicious shoulder injury. The pain of arthritis was crippling my ability to train how I wanted. I now struggled to impose my will on the mats. I’d do my best to roll hard, but the aftermath of agony from joint pain was way too much to bare.

I felt like there was no point to practicing anymore. I knew technique was important but I also understood the benefits of athleticism. I loved the art and everything about it, but I felt physically limited.

Then a friend told me about an upcoming Pedro Sauer seminar happening in Bondi. I knew that Pedro Sauer was a friend of Rickson Gracie, and I was aware that he was very highly ranked. But he hadn’t won any competitions, and wasn’t a regular on the monthly Graciemags, so I hadn’t really delved into his story.

A quick search led me to this Youtube video about the toreanda guard pass. He told me of his shoulder issues that sounded just like mine, and worse. I heard him express a way of doing jiu jitsu that simply adapts to his situation.

For years no-one had understood the physical, and mental pain of what I was going through, and now this red and black belt was talking about real solutions to my dramatic problems.

I was intrigued. I signed up.

It was a day that changed the course of my jiu jitsu and my life.

Start From Where You Are

The beauty of Pedro Sauer’s approach is that he gives you the ability to start from where you are. He doesn’t force you into his world, but meets you exactly in the place where you’re most comfortable. Immediately I felt welcomed, and content. We weren’t here for him; Jiu jitsu is the special one. It’s the jiu jitsu he learned from the Grandmaster Helio Gracie, and has refined over the course of 45+ years.

Helio Gracie was weak, and frail, and managed to work out a system to accomodate for his limitations. He turned those limitations into strengths. And he did it with this jiu jitsu. It’s how Pedro has overcome his own 7 shoulder surgeries to refine his understanding to stay on the mats.

Jiu jitsu is special because it makes sense in science and in life. The concept of leverage can be magical if you learn exactly how it works. When you add muscular strength to the movements, you don’t uncover the intricacies that make movement work.

I’d heard of the need to focus on technique since white belt days. Everyone said it, but I never really believed it. I saw jacked athletes doing what it took to win competitions and I was convinced that you needed to be strong, and sharp, and fit.

Then I’d hear Pedro recounting a story of Helio asking him something ridiculous. ‘Can you lift a car Pedrinho?’ ‘No way how could anyone lift a car by themselves?’ Pedro asks. ‘I can. I just get a jack, put it underneath, and start bringing it up’ cheekily replied our Grandmaster.

Pedro believes with all his heart that jiu jitsu is leverage – he’s seen it proved time and again with his own eyes. He is no longer trying to prove anything to you for the magic of leverage speaks for itself. It’s how he has kept on the mats, even after being riddled with arthritis.

In turn Pedro made me believe the same thing. He gave me the confidence that jiu jitsu can and will work for me, no matter what ailments we’ve been left with.

Lots of people are still unaware of Pedro Sauer. He doesn’t have many tournament titles to his name, and isn’t one to draw any unnecessary attention to himself.

He is content to simply spread his message to those that want to listen, and do jiu jitsu. His passion for our art continues long after he has nothing left to prove. Even if Pedro did want to compete right now, there’d be no way. From one arthritis sufferer to another, I’d predict the crippling pain he’d feel from intense physical effort would be too much to bare.

In any case, there is no validation needed. By far the biggest benefit of jiu jitsu isn’t in the glory of competition, or even the skills of self defence. It’s the integration of our martial art into real life.

Just as you learn to go with the flow in jiu jitsu, you can do the same thing outside the dojo. Rather than breaking doors down, you can find the key and unlock it first. Rather than speeding and risking lives, you can find the short cut. The path of least resistance is there to be followed, provided you look for it first. It’s the way of Judo, Zen Buddhism, Gracie Jiu Jitsu, and ultimately life. It’s how nature works and it’s the way to apply skills on the mats and off them.

It’s not that competition is a bad thing. No way. But it isn’t essential to the jiu jitsu journey the way it’s made out to be. Enjoy jiu jitsu and do it in a way that suits you and your life. That’s enough for improvement, and that’s the essence of our art.

After this seminar I continued the conversation with Pedro’s Aussie rep Phil Grapsas, and today our school is a proud member of the Pedro Sauer BJJ Association.

I am now under the tutelage of Master Pedro Sauer and our school follows the Gracie Jiu Jitsu curriculum. We practice self defence, we study the mechanics that build quality, and we play jiu jitsu for a lifetime. They say things happen for a reason; however the case, I’m thankful for how it’s all gone down.

Higher Jiu Jitsu is hosting Master Pedro Sauer on the 1st November. This is your chance to create your own experience with the Professor. It’s an opportunity to learn directly from an 8th degree Helio Gracie coral belt. It’ll be a night that may just change the course of your jiu jitsu journey forever.

Here’s the link with all the information to sign up:

Tune In To Tune Up Your Jiu Jitsu
Scroll to top