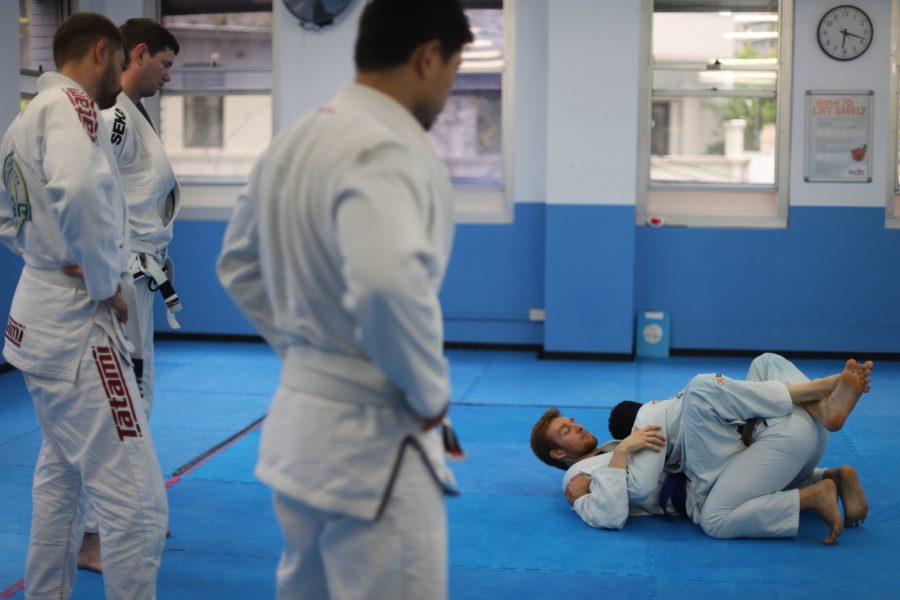 As a white and blue belt I resisted learning from a curriculum. I thought it was overly tedious, and not relevant to what was most important. Instead, I scoured the net searching for the ways of the most successful athletes, and mimicked what I saw working in competition.

When grading time would come around I would cram my learning in and do my best to remember the techniques so as not to be humiliated when testing in front of my peers. And then when testing time was over, I’d revert back to my normal game and repeat as necessary.

Higher Jiu Jitsu began as the Commune – a way for enthusiastic jiu jitsu practitioners to come together and test their skills against one another. It was a good idea at the time. But to test isn’t to learn, and the difference very quickly became clear.

About That Learning Process

Soon enough new students found us and began to stream onto the PCYC mats. I promised them they could learn jiu jitsu here, and they reciprocated by placing their trust in me as Coach.

Class after class they’d show up and I’d teach what I thought were the most relevant techniques. They were picking up the tricks, but it became obvious that these students needed to begin with the basics.

Suddenly from the lens of Coach I saw the importance of a curriculum. Like a house built on solid foundations, these new students of our martial art needed a structure of basic techniques that they could build on and work with.

Funnily enough the vast majority of our learning now comes from a curriculum. It’s the textbook our students refer to when they come to learn and improve on the mats. It’s impossible to put it aside and practice other jiu jitsu because the curriculum IS jiu jitsu.

It’s because jiu jitsu is the basics being done again, and again and refined in a way that keeps this martial art constantly envolving.

At his 2017 seminar at Kings Academy in Sydney, Professor Carlos Machado said “jiu jitsu doesn’t go from 1,2 to infinity, but only back from 2-1”.

Everything stems from the 80%.

Don’t Be Bored, Be Brilliant.

From the structure-less roots of the Commune, Higher Jiu Jitsu is now a school filled with students ready, willing, and able to study the skills of Gracie Jiu Jitsu.

Our school revolves around a curriculum, and it shapes most of what we do in class. It ensures we’re not building one trick ponies, but complete martial artists. Gradings are no longer a time to cram but to demonstrate the effectiveness of our efforts day in and out.

We’re not limited by the curriculum, just liberated.

For when you have your bases covered, you can move in different ways. You can venture as deep, as far, and as wide as you like, content in knowing that you’ll always come back to where you began.

It’s how you’ll get better not just at doing jiu jitsu, but understanding how it works. This is the focus, and once you start to get it, it’s jiu jitsu that’s at your beck and call. You can do it in your own way, safely, with effectiveness, and for a lifetime.