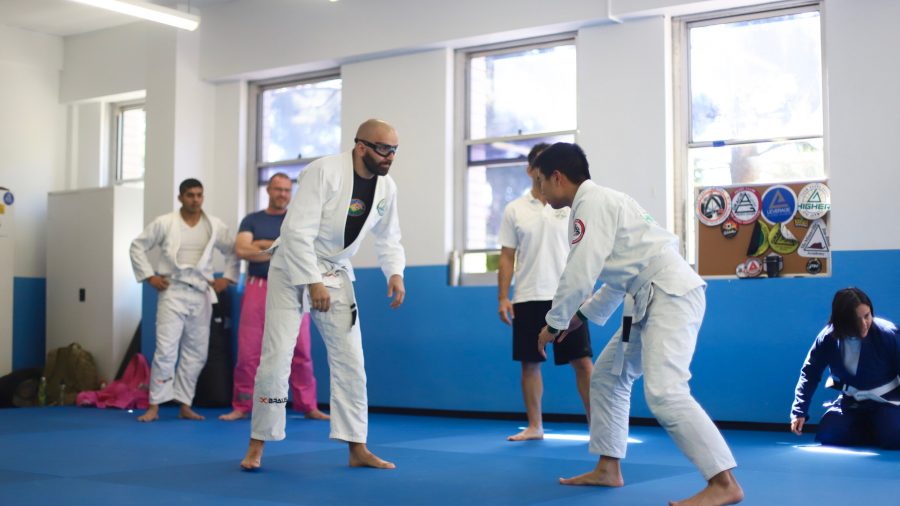 Jiu jitsu by its’ nature is a martial art. Martial arts were created as a system of combat designed for self defence, as well as spiritual and cultural development.

First, jiu jitsu had it’s competition from other martial arts. In Brazil where Gracie Jiu JItsu originated, representatives of other styles like Luta Livre would challenge for superiority.

Slowly but surely Gracie, and by now also known as Brazilian Jiu JItsu went into the next phase of it’s own development, and that was to pit it’s own competitors against eachother, to prove who is the best exponent of jiu jitsu.

This idea developed further, to the point where there are now thousands of jiu jitsu competitions happening around the world, pitting jiu jitsu versus jiu jitsu for medals and titles.

Like everything in life, there are consequences to actions, and whether these are positive or negative will depend on how you look at the situation at hand.

Are the joys of jiu jitsu locked in competition, now and forever? Or can we enjoy jiu jitsu and learn and flourish on the mats and off, without the rigours of competition? Let’s discuss.

One thing that’s certain about competition is that it puts you in an uncomfortable environment where you can test the things you know. There has been lots of talk about the perils of staying within your comfort zone. Apparently nothing great happens in there.

So if you wanted to delve outside of it, there isn’t too much more intimidating than pitting yourself against a student from another school, with dozens of spectators watching around you – or online now. 5 mins on the clock, where you test eachother and try to win on points or via submission.

If you have ever competed, you’d know first hand the butterflies that come up in your stomach, the sweaty hands, the stare downs with your opponent, and the adrenaline dumps experienced from within the mats, people yelling for you to do things a certain way, and then coming out of it in a haze about what even happened.

If you want pressure, competition is defintely an option for you.

The Need to Win vs Learn

Sure pressure can be fun if that’s what you enjoy. But when you are competing you are there to win.

For my first few competitions, I didn’t enter with the intention of actually winning the match, but instead just accepting the experience and learning from it. Alas, I’d usually lose in the first round.

My opponents wanted it more than I did. It was at a time when I had been training for merely three months, and I didn’t possess the technical skills required to be effective. This meant that willpower, and aggression, and the hunger to win counted big time. And when the going got tough, my opponents came out the other end as victors.

Sure, in the grand scheme of things a loss in competition is an opportunity to learn, and grow. However, losing gets old very quickly. You feel like you’ve let your coach and your teammates down, after the comp your friends give you crap for being eliminated first round.

It’s nice to win, and that’s why your mentality will inevitably change from the desire to Learn to Winning gold. Good for you! You’re aiming high. That is awesome.

But take a moment and think about where you are at in the journey of jiu jitsu. Let’s say you’re a white belt, or even a blue belt. Are you skills at a level to be tested? Is it the right time of your journey to go from learning to winning? Take note that winning and learning can be two very different things.

When you are learning you are experimenting with different options, testing new ideas, and you are looking at the bigger picture rather than the current outcome because you can, and because there are minimal negative consequences to doing so.

When you try to win, you do everything it takes to achieve the outcome you want. You won’t try new things, you will force things when they need to be forced, and you will bite down in order to will your way to the win.

When you understand that there are different intentions at play here, you will then understand why it’s important to compete and look to win only at the right time of your journey.

Sure you can learn when competing too, especially when you lose, and when you win. Here’s the crux of this though.

The technique is off, and you are using force in order to make things happen rather than leverage. It’s not your fault, you haven’t had the time to learn it. Your fault or not however, this is exactly the time that injuries happen.

These injuries are hardly accidental, the writing was on the wall!

I remember during my first ever BJJ match I got armbarred from the closed guard,& I had no idea what was even happening. I hadn’t learned a closed guard armbar in the three months I was training, let alone the defences. And no I didn’t want to lose, my whole family was there. So I grit my teeth instead, took some damage to my arm, but got it out anyway with the old grin and bear and pull it out technique, and continued on for an ugly points victory.

Thankfully that day I didn’t do any serious damage to my elbow. The cracks and tears I heard were just ligaments stretching (I think), and I lived to fight another day.

Injuries however are a problem for anyone. It takes time, and pain, and resources, and lots of upheaval to recover from an injury, especially a serious one. And in this instance I was fine, but many practitioners aren’t as lucky and end up with permanent damage.

This is a shame, and it’s stupid, & it’s not conducive to long term practice, or quality of life. And yet it happens all the time.

Jits for Glory or Jits for a Lifetime?

At the end of the day, whatever decision you make about when to enter into a competition, and/or when to even compete at all needs to be right for you. People are motivated by different things and it’s on you to decide after careful, informed consideration of options.

Some people seek thrills from everywhere and can definitely find it in the competition scene. Usually it’s these people that will thrive in the spotlight of jiu jitsu competition and it is on them to continue to improve and learn in order to grow and improve.

You can find glory within jiu jitsu on the competition mats, and you can also find it off them too.

For the majority of people that do jiu jitsu, the glory is in attending class consistently and making life long friends, staying healthy and away from injury, with constantly improving skills for on the mats as well as off. This is enough.

For others, they will also enjoy testing their jiu jitsu against other jiu jitsu practitioners in a more intense setting, with the pursuit of glory, and hard learned lessons.

For both people competition can be a fun outlet for your competitive juices, and a chance to test yourself in a different environment to anything you have ever encountered. As long as we aim to be safe, and keep the experiences within the realms of learning for the future, we can have fun and everyone is happy.

Help Me I Got Choked Out.