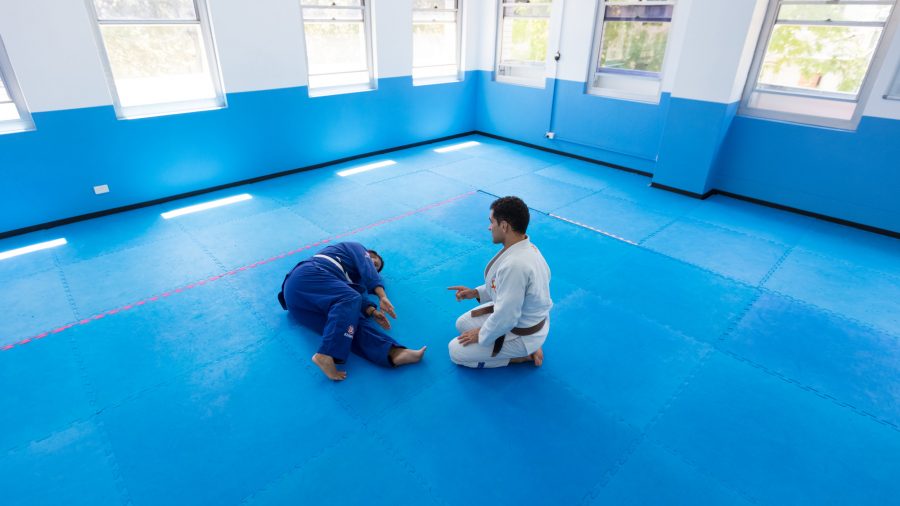 I’d just finished school and the big, bad world of adult life was upon me.

Uni lectures quickly drained my enthusiasm. Whilst everyone else debated the rule of law I’d be watching jiu jitsu instructionals on Youtube.

The P’s eventually got the degree. But I knew it wasn’t for me. I longed to pursue the dream and I wasn’t going to settle for anything less.

Years on, Higher Jiu Jitsu is the dream that’s manifested into a reality.

It is gracious, elegant jiu jitsu. And beyond this, the thing that is most exciting is the vibrant, dynamic, and wholly awesome community that’s developed with it.

That includes you, human. As much as you think you can do on your own, you soon realise that heroic independence is a futile exercise.

You need others as much as they need you. There are some things you do well, and there’s other things you’re not so good at. These are called strengths, and weaknesses. Acknowledging the things you’re not good at isn’t very glorifying. But they exist anyway.

When we come together, we combine our own powers, and they become Superpowers. This isn’t a new concept.

According to Seth Godin, “For millions of years, human beings have been part of one tribe or another. A group needs only two things to be a tribe: a shared interest, and a way to communicate.”

There you are doing your best. You work to provide, you exercise to be healthy, you train to defend yourself and protect your family, you cook to eat better, you read to learn, and you hustle every day of your life to get closer to the things you want.

The Hustle is a Struggle.

It’s like when someone is on top of you and they’re heavy and you just can’t get out from the bottom, no matter how hard you try. Slowly, but surely this discomfort wears on you. You start to panic. You try everything. But this is a rally, not a race. Eventually you crack.

Your attempts at being Superhuman are hurting you. You don’t have to do this alone. Just as you seek to create leverage in class, now is the time to collaborate and leverage with others off the mats.

Accountability is about using the help of others to stick to your commitments and get things done.

We’re all struggling with things. And so this partnership is a mutual thing – there are benefits you get from someone else keeping you on track, and you’re also doing the same for them.

You know how you say you’re going to go for a run early in the morning, but you hit the snooze button 3 times the next morning anyway?

It’s because you’re not afraid to let yourself down. When you break a commitment to yourself, it doesn’t matter so much because no one else knows about it.

You care about what other people think, and perhaps you don’t want to let them down.

The best part about this is when you follow through with your commitments, you strengthen that muscle. The more you do it, the easier it gets to act on what you want.

2. Partner Accountability – Find someone who can help you.

3. Personal Accountability – the resolve to accomplish what it is you want and make yourself better as a result.

This year I committed to you that I will be writing 1000 words per day.

The issue here is I need to get to bed early in order to wake up fresh and ready to do good work, and enjoy my day. But it’s been tough. The night time always presents me with exciting videos, urgent tasks, and mindless feed scrolling.

Matu has also previously told me of his bed time woes. No matter how hard he tries, he always gets to bed way later than he ever wants.

So we have joined forces. When I am just about to get into bed, I put my phone on charge in the living room and I send an SMS to Matu with the words ‘In bed’. That is it.

On my end, I anticipate, plan, and strategise my days so that I can be able to send it before 10:30pm. If I send it after, I will send 50 words or less on why, and how I can make it better the next day.

And on Matu’s end he is also working with himself, and with the thought of being accountable to me.

It turned out for the month of April I was successful 10 out of 30 attempts.

Matu did even better with a strike rate of 50%.

Perhaps a more meaningful detail was that the average bed time during that month drastically decreased overall.

We aimed for 10:30pm as a measure, and were happy to have reached the clouds instead. Not perfect, but 11pm sleep times were a welcome addition compared to the habits that had surfaced before the experiment.

We’re all struggling with things, as much as we try to think we’re not. And you need to delve a little deeper to find the root cause of the issues.

How can you find one?

Not everyone is interested in being a better version of themselves and becoming accountable to someone else. Where do awesome people of similar interests and levels hang out? In the academy!

In the academy, there are other do-gooders just like you, also doing their best to achieve things similar to you. And there are other members of our group that are going through the same difficulties you are. And some of them are really strong at the things you’re weak at.

3 Ways To Get Higher with Jiu Jitsu

In Defence of Oneself
Scroll to top