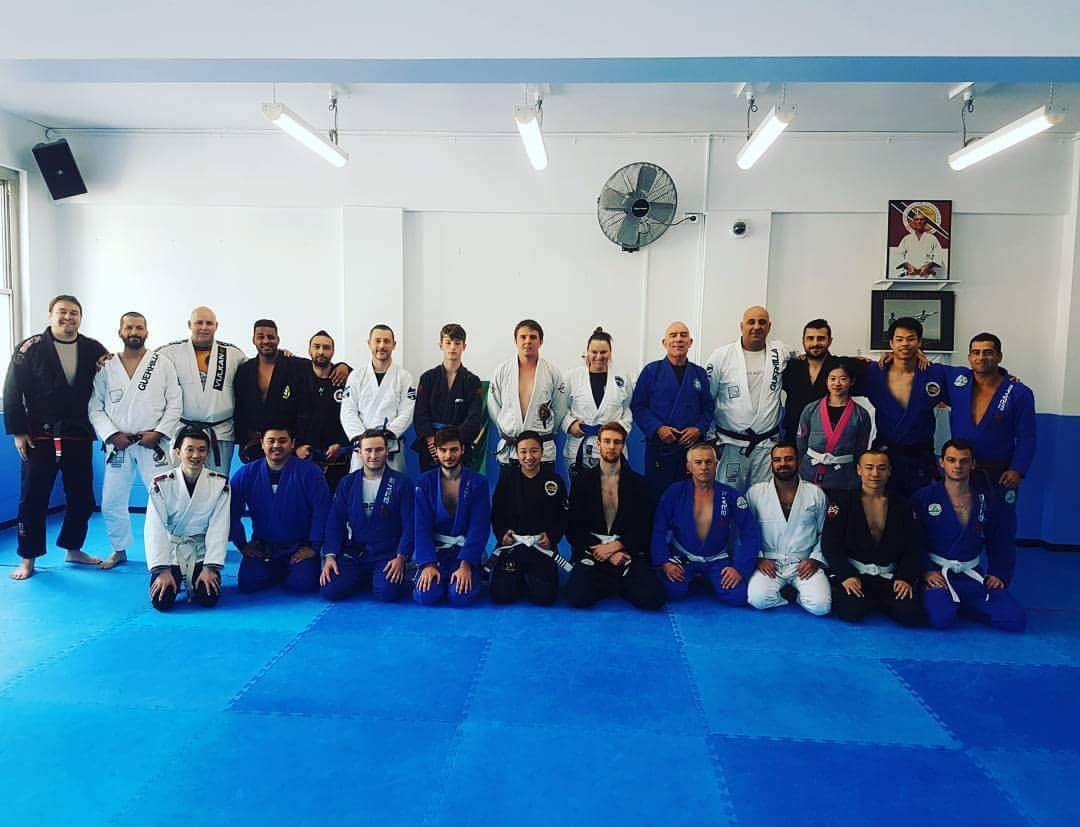 Last year, Dave posted on Instagram that he was heading to Sydney. I’d been a fan for many years. I thought I’d try my luck to get a first hand experience and asked where he was delivering seminars.

He said he didn’t have any booked! A travesty. And, an opportunity. Mark Manson says it’s either ‘Fuck yes or no’. This was definitely a fuck yes.

That seminar last year was awesome.

Last weekend was the time for his return. This time, equally awesome.

After hearing numerous requests, I texted Dave and asked him to present some of his judo inspired BJJ takedown system, and of course, his trademark armbars.

It was exactly what we got, and more.

Here is my attempt at recounting the concepts and techniques presented by Dave.

Many Ways of Doing Jiu Jitsu

It’s important to note that the techniques and sequences below are by no means absolute. We could have gone into a straight single, a seoi nage, or any throw or takedown in between, but we didn’t – the reason for this is the constraints of time, not because one way is right or wrong.

We started with a number of warm up drills that aren’t uncommon in our usual classes. Running forward, changing direction, side to side, a few in and out. Then we started playing with drills. First, grip fighting drills, then the knee touch game.

We’ve seen and done them all before. The difference however was in where we were going with them. Dave advocated the efficacy of partner drills in both warming up your mind and your body prior to training jiu jitsu.

Dave explained the benefits of being on your toes compared with being flat on your feet. “Flat feet are weak” we all repeated, as we pursued the reprogramming of our brains. We trialled a different ‘cadence’, being the rhythm of our movement on the mats.

The heels of our feet play such an important role in how we move. While we can generate an abundance of force from them, they also serve to weigh us down into the ground. You see boxers, judoka, and karate people stay light on their feet, and on their toes, and it’s for this reason.

With this in mind we started to work an entry from standing. It was a counter (not a defence!) to your opponent’s attempt at a grip. Using your inside arm, you make a gable grip around your partners’ hand. Breaking of the grip is two forces – push the arm away, and pull yourself back -> together, it becomes the magical grip break.

Once you break the grip you drag the arm away and move onto the ‘off line’ of your opponent – it’s a side where no attacks can be generated, due to the angle of your body to your opponent’s. Now in the off line, your head is in your opponent’s shoulder trap area, sticking like glue. Also your far arm is around your opponent’s waist, and it can grab belt and gi and whatever is in it’s path.

Strong Side / Stronger Side

Classifying one side as the ‘weaker’ one is stupid. To think that it’s weak makes it weak. You have a strong side, and a stronger side.

Get the Job Done

The specifics were discussed, but it was interesting to note that Dave wasn’t focusing all of his energy in this area. He said that in a fight, or in a roll, your opponent will be smart, and fast also, so there won’t be much time for meticulousness. Instead let it be good enough, and get the job done.

From here we delved into ways to finish what we started with the entry.

The first one was a simple foot sweep. Dave specified that you use the pinky toe and the outside of your foot to sweep legs. This is instead of your big toe, which can be broken easily if you make this mistake. The other important part of the foot sweep is your opponent’s weight. Ensure it is on the back foot if you intend to sweep the front one. 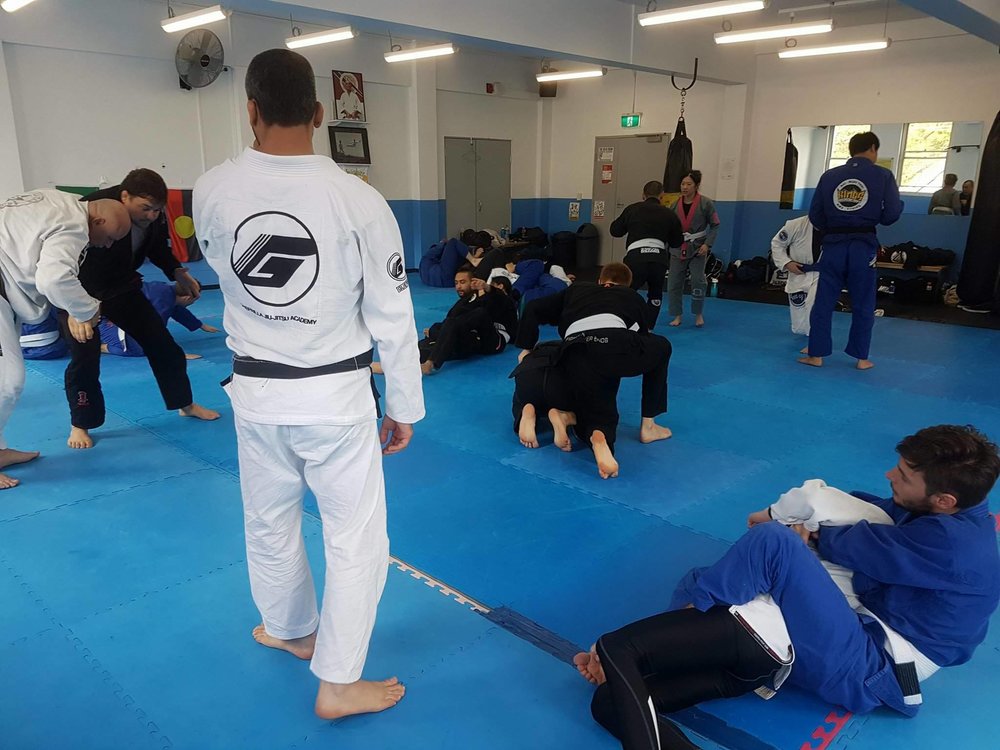 Flourish in the Transitional Gaps

Assuming that your opponent knows jiu jitsu, expect him/her to defend your first attack. When you expect this, you will have your second, and third, and fourth attacks lined up. Dave explained that this was the difference between great practitioners and good ones.

So, after you attempt the foot sweep, you can lead right into a magnificent Uchi-Mata throw. I love the Uchi mata, and after doing some judo I could nail it all the time. Unfortunately, after not polishing it much lately, I felt as though I’d lost the effectiveness of it. Until now.

Dave’s Uchi consisted of kicking back one of the legs, hopping toward your opponent’s base foot, and the part that changed it for me -> pressure his upper body toward the ground!  Without this adjustment the uchi wouldn’t work.

But even if it didn’t, we still had the stumble throw to work. The stumble throw is the one to do when opponent squares up in front of you. Dave said this was his favourite takedown, partly because it bears fruits further down the chain I.e. it’s easy to attack from straight after.

To get to it, you make the triangle with your feet and you extend your leg in a way that becomes a little like a squat stance, but with more extension. Also, when you hinge into it, ensure your head is coming over your based foot, which helps to maintain your balance.

I had some issues with this, because I was confusing the uchi mata with this stumble throw. That leg that comes through the opponent doesn’t sweep them off their feet, but merely pushes them into the ground. The best way for your opponent to finish is on all 4’s, ready to be choked :)

In amongst this takedown sequence was the bread and butter reverse single leg. Being Dave’s uke helped me feel what was going on, and it was lots of pressure. When you grab the leg ensure you grab it with all of your arm and not just your forearm or hand.

Defence has weak connotations. Even the term ‘self defence’ implies that you’re a passive participant in the situation and have no way to fight back.

When you attack, and you keep the attacks coming, you can smother your opponent and overwhelm them until finally they give something up.

Dave doesn’t focus too intently on escapes – he’d prefer for his students to sharpen their swords rather than develop the shield. And if you get caught and have to tap, so be it! The academy is there for everyone to train together and learn together, so the more taps that happen the more people learn.

Even before your opponent has hit the deck, you are already setting them up for the finish. To do this efficiently, connect to your opponent and grab the collar grip from under their arm.

Then, jump over to the other side and with your knee next to their basing one, drag them around to take the back.

During the drag, one arm will have the grip. The other bases on the ground so that you can stay upright and not fall back.

The standard back hooks work solely for the rear naked choke. But, with a belt line hook and the foot on the hip, you change the angle and you can find a wealth of submissions from there including the bow and arrow, the collar choke, and juji gatame (armbar). 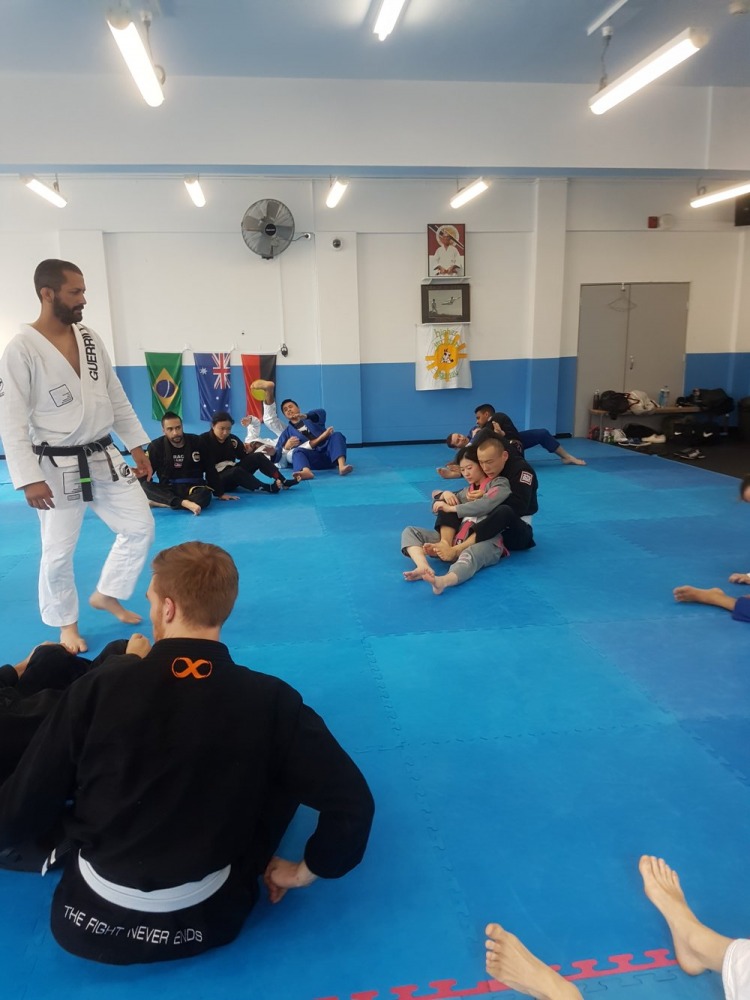 Jiu jitsu is a fight, and while technique is crucial, you need to apply pressure. This is especially the case if you are smaller than your opponent.

From the back control, fall to the side first, then bring your opposite arm to the near side of your opponent’s head. From here, grab the wrist, turn it, and use the other hand like the Hammer of Thor – this adds lots of pressure not just to the arm but to the shoulder.

Next, the belt line hook extends, you can hip escape, and then bring the far leg over your opponent’s head.

Pressure! Make it hurt. Not due to pain but due to the immense pressure. Your partner will be OK. This is jiu jitsu, not ballet. Partners will also benefit from feeling the pressure too.

This is what ‘position before submission’ really means. You need to be secure in that spot before you move forward with success.

According to Dave, technique only accounts for so much. Will is a major tool to be used in dominating your opponent. In fact, technique with no will isn’t very effective. Just as will without any technique doesn’t serve you very well.

When you add will with technique, you can move mountains.

Guerrilla Jiu Jitsu practice ‘marathon rolls’. These are times when the mouthpiece goes in, you bite down on it, and you train with no holds barred.

You never aim to hurt people. You just want to exercise, and impose your will, and train with a different intensity than what you are used to. In saying this, Dave doesn’t shun longevity, or finesse. It is just a fact of jiu jitsu that you will need to fight, so if you embrace it you will be in a better position to continue.

Bringing It All Together. Drill. Rep. Repeat.

After learning all of the components, we went into the entire sequence right from the beginning. It looked like this:

Break the grip to entry > Stumble throw to the ground > get the collar grip to take the back > switch the hooks and drop to the side > grip the arm throw the leg over to the armbar.

With plenty of practice, this develops into a fluid, yet ferocious attack, and is a great display of the Guerrilla Jiu Jitsu style.

By the end of this seminar, I was content, and happy. Hosting an event comes with a responsibility of quality and service. This is our duty. And I was very satisfied that all attendees learned and got more than their money’s worth.

Dave was a professional throughout the entire experience. He came in with a plan, delivered it concisely, and managed to keep us all very entertained throughout. Amongst the display of technique, he adapted his material to suit the participants’ issues. He was actively guiding everyone’s movements, and did a tremendous job of communicating his immense knowledge and expertise to us.

He also plans to come out again next year too so add it to your 2018 calendar.

All of our attendees were also awesome, and participated so well. Without your support none of these events are possible. I will be forever thankful to faciliatate opportunities like these for the Sydney BJJ community to learn and improve with.

Thank you Dave, and thank you students! Now time for practice!

Do you have anything else to add? Feel free to post below!

‘Go Easy’ They Say. For Those Who Can’t Relax.

Seek The Treasure to Find The Jiu Jitsu.
Scroll to top