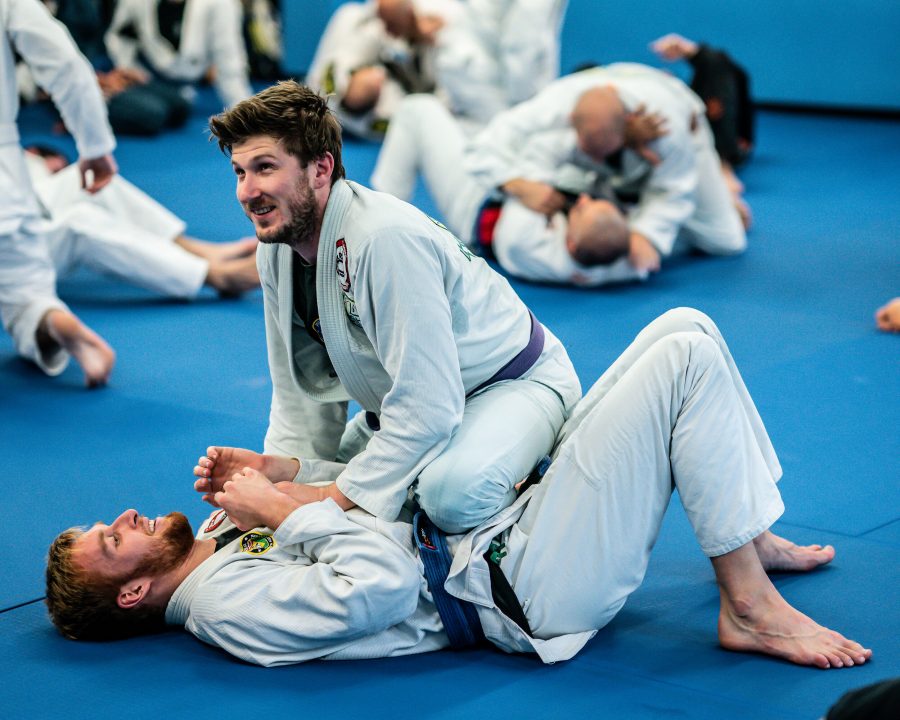 Why do we regularly discuss jiu jitsu from a standpoint of violence? It’s known as the gentle art for a reason, and you like it because you don’t need to get hurt while doing it.

Learning the sweeps, and escapes, and submissions of grappling is also so much fun, and plenty of work in and of themselves. So why then are kicks, and punches, and eye gouges, and headbutts still relevant in the conversation of BJJ?

It’s because the rules of grappling do not apply in the context of most real fights. You don’t get punched in the face while on the mats because you meet your partner in agreement that you won’t a) strike one another and b) keep eachother safe, and away from harm.

A real life physical altercation with another human does not and can not assume any of these. As respectful as gentlemens’ rules are, they do not exist in reality.

The crazy guy who just got in your face doesn’t do jiu jitsu, he doesn’t know that inside lapel grips are illegal in IBJJF, or that you can’t grab individual fingers, and he doesn’t care for your nose when he tries to punch it into the back of your head.

Unfortunately, this man has no idea what he is doing. He is now in a rage, the anger cripples him, and you’ve assumed all responsibility for his issues in his earlier life. He plays by different rules in this anger, as does most of the rest of the world that doesn’t do BJJ.

Most people will erupt with a punch. Some may kick. Others are going to go straight for your groin. And if this behaviour is totally foreign to you then prepare to feel the effects.

See the Love in Everyone

Now, you’re a good person. Your time on the mats has made you check your ego in a life changing way. You possess both the skills and the awareness to know that violence can end very badly. So you do your best to avoid all of this nonsense, and instead carry yourself like the martial artist you are.

You are not afraid of conflict, but you actively seek to avoid it. You’re also well trained, and you’re ready for all situations, at all times. But this is only if you train with these options in mind.

You don’t need to embody the violence, but merely explore how the principles of jiu jitsu evolve to include other forms of attack. This is how you can best apply jiu jitsu as a means of improvement, both for on the mats and for life off them too.

The game of BJJ is so much fun, and it equips you with amazing skills of movement, and controls, and submissions. And when you add the understanding of striking, it only serves to make it more rich, and more potent, as a skill to serve you for the rest of your life.

You want to be effective as a BJJ practitioner, not just in a certain rule set but in all areas of life. You also aim to be a better husband/wife, mother/father, you want to improve at work, and be the best you can be. This is what it’s like to be a martial artist.

And real life also involves fronting, and threatening, and anger, and kicks, and punches, and everything in between. It doesn’t change the game as much as it improves on it.

That’s why it’s best to train with a mindset of self defence. And this is why we place so much emphasis on the original Helio Gracie Jiu Jitsu curriculum, and also why we do No Gi Gloves now on Thursday at Higher Jiu Jitsu.

We still roll. Competitions are still always fair game for our students. But the intention is always self defence because that is what will allow you to understand jiu jitsu so much better, and do it in a way that keeps you on the mats for a lifetime.

Predater vs Prey: The Strategy of Gracie Jiu Jitsu

The First Months of Jiu Jitsu: Choose Where Wisely To Benefit Greatly
Scroll to top