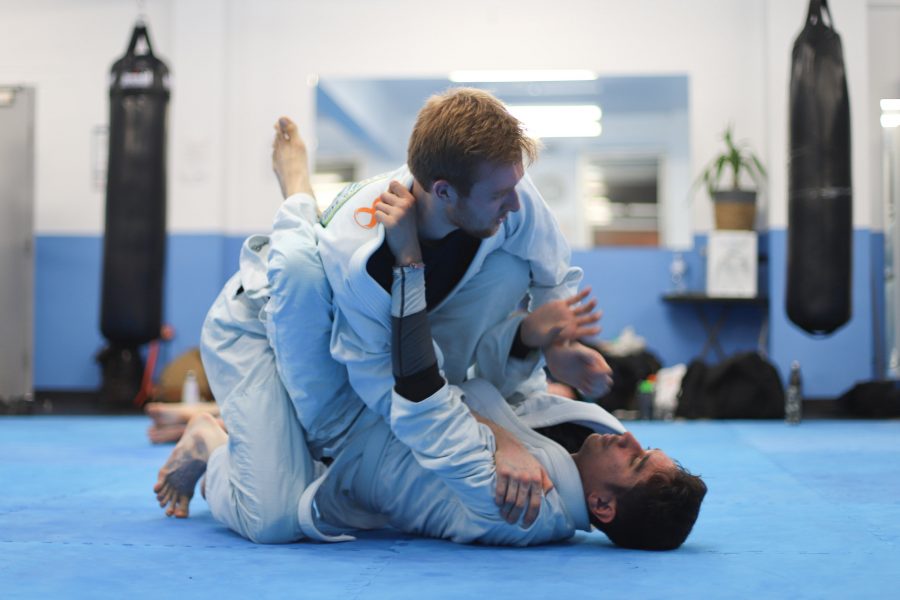 Gracie Jiu Jitsu is a complete system of self defence.

This system comes from the philosophy of our Grandmaster Helio Gracie, who always insisted that jiu jitsu be about knowing how to defend yourself against bigger, stronger opposition.

That means the focal point of our training on the mats is understanding how to stay safe against the aggression of others. This may include but not be limited to kicks, punches, headlocks, wrist grabs, and so much more.

If you’re like most Sydneysiders, you rarely experience violence in your day to day life. We’re lucky to live in a safe, and friendly city and for the most part, there is order. We don’t have out of control gang wars, or excessive gun crimes, and generally speaking we can get through our day without the drama of fisticuffs.

So then why should you care about self defence? 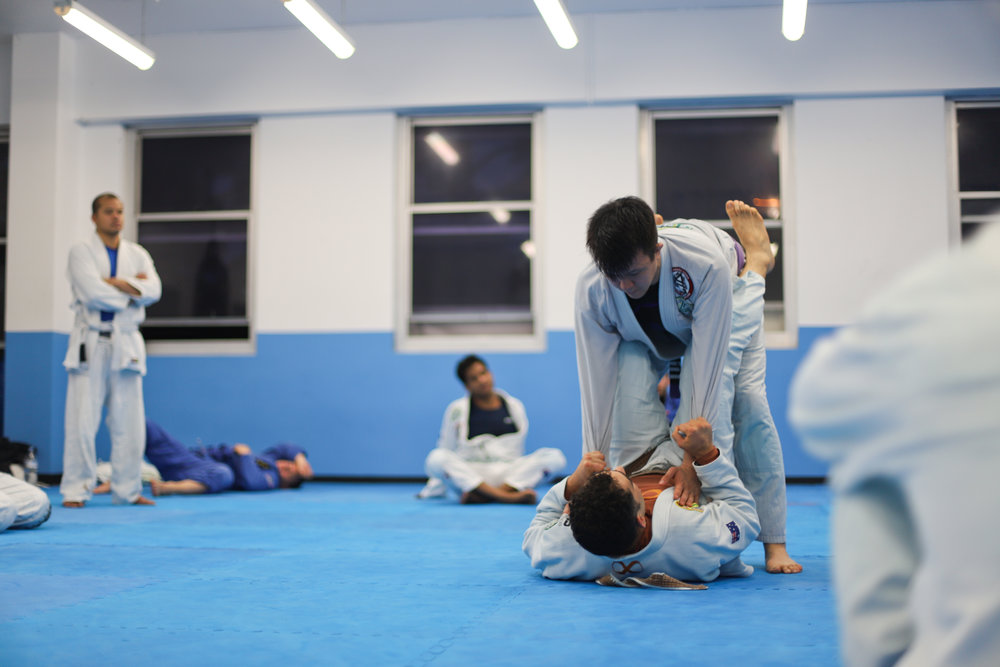 Here’s another question for you:

Why do you wear a seat belt when you go driving?

The ratio of you getting to a destination safely vs crashing is hopefully way more in favour of not crashing. Maybe you’re like me and you’ve never crashed at all. But we still sit in our seats and automatically reach for the belt.

Also, why does your workplace have such a resolute fire safety plan?

It’s extremely unlikely that your building will ever catch fire. But still there are extinguishers marked clearly throughout the building.

It’s because there are inherent risks in everything we do, even though they’re not immediately apparent to us. Just because there are options that happen regularly doesn’t mean there isn’t any other way of things going down.

You have a plan just in case you have an accident. And when you do, you want to avoid whiplash and severe injury as much as possible. That’s where the seat belt comes in.

You have a fire safety plan in the odd occurrence that your building catches fire. And when it does, you need to act swiftly, even though it doesn’t always happen.

Just because you don’t always have to defend yourself, doesn’t mean you won’t ever have to. Whilst there are many beautiful, loving people around you, there are also a few crazies who get their kicks out of inflicting harm on others.

If they were to ever cross your path, this is the time your skills will come in handy. 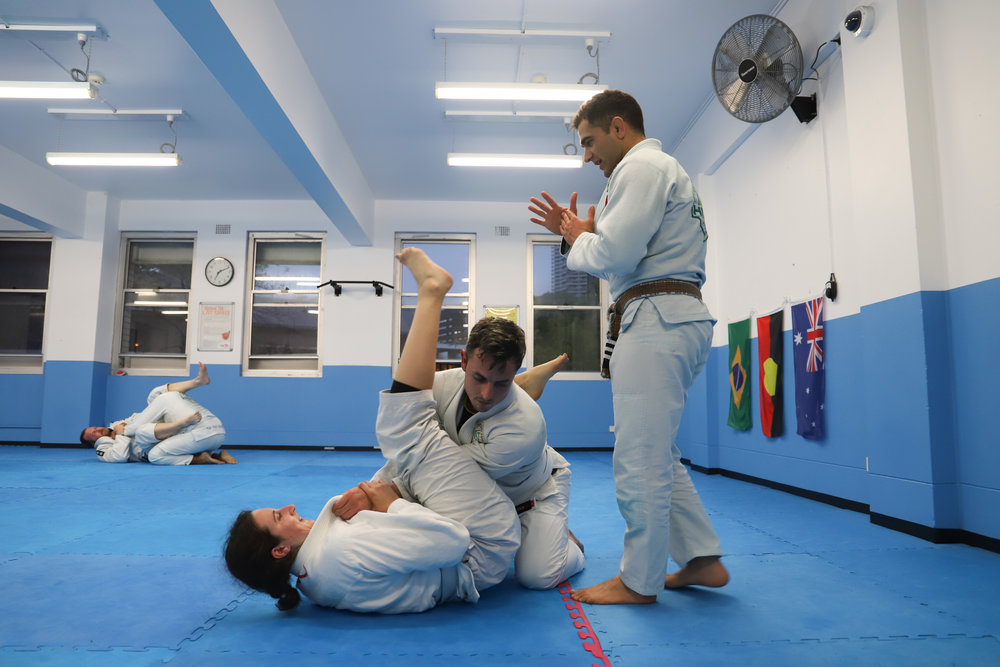 Most people in Sydney are nice, and friendly, and accomodating. Of the 5 million people living in this city, let’s be kind and say 99% of them would not even think about starting a fight or being aggressive to someone else.

That leaves us with 1% of others. These others don’t care for your feelings, they’ve grown up in very hostile environments, and fights are something they derive lots of satisfaction from. The murderers, and the gang members, and the rapists are all part of this 1%. So are those deluded ones that enjoy punching people in random attacks, and those who even think of harming others.

This 1% actually works out to 50,000 people across the city. That’s an Allianz stadium full to the brim of people who are ready, and willing to harm you for fun.

Now, you don’t always bump into them, and they’re not always having a bad day. But if it was to happen, what will you do about it?

It’s important to note that these people don’t play by IBJJF rules. They don’t know that striking isn’t allowed, or that groin shots are dirty, and they don’t care if soccer kicks are forbidden in the UFC, and they definitely care even less about your feelings.

Many people don’t play by jiu jitsu rules, and they also don’t have the same morals that govern their actions. Their reality is very different to yours. These are the people you may on a rare occurrence need to deal with, and when it happens you’ll wish you’d been prepared for it.

DO IT FOR OTHERS

Ok, you can hold your own, you know when to talk and when not to, and you’re happy to walk away from any situation that becomes ugly.

What about the other 99% of people who may also run into trouble? Will you let them fend for themselves? God forbid, it’s a family member, or a friend that is faced with a troubled situation. Would you like to help them, and improve on the situation?

It’s easy to think you’re on your own in this big world, but you’re really not. You have friends, and loved ones all around you, and there may be times they’ll need your help.

When you learn self defence you can be the person to improve on precarious situations, rather than sitting back and watching or being part of the problem. In order to help others, you need the skills to help yourself, and stay safe. This is where self defence training comes in. 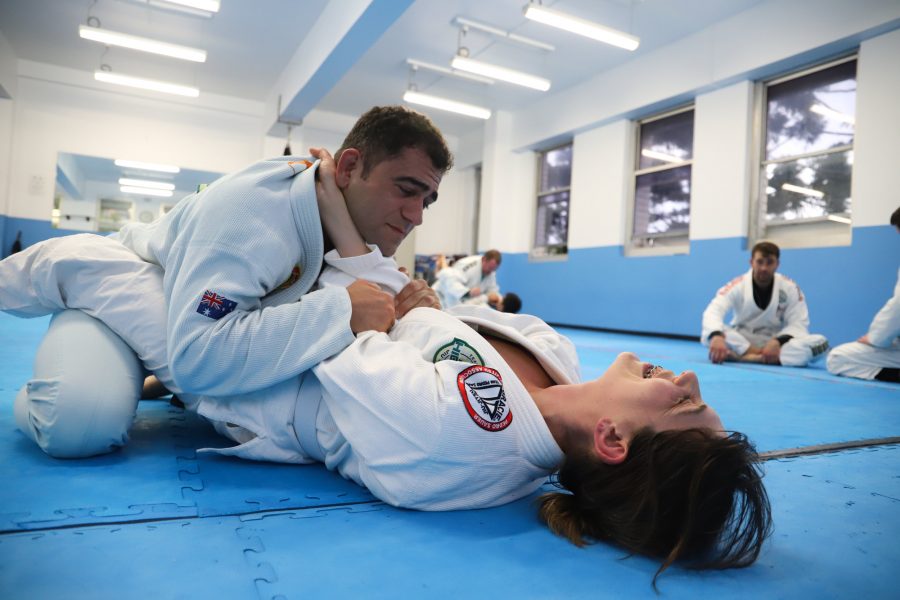 IT’S SO MUCH FUN ANYWAY.

If your safety was always at the forefront of your thoughts, you’d be paranoid and life would be even more difficult than usual. But you don’t need to paranoid in order to practice, and learn self defence.

At Higher Jiu Jitsu self defence is what we do. We also have loads of fun doing it. We discuss better ways of acting, we learn more about our bodies, we build good habits of movement, we challenge eachother with ‘would be’ situations, and we do it around the most friendly, and passionate group of students you can find.

Practicing jiu jitsu will change your life in ways you never thought possible. And while preparing for a fight that may never happen, you’ll build confidence, and health, and friends, and more quality of life than you have ever experienced before.

Self defence is definitely preparation and so much more than paranoia. It’s a journey through your inner doubts, and limitations and potential, it’s a duty to your community, and it’s a fun ride with friends you’ll have for life.

It’s how we help everyday people build quality of life with Gracie Jiu Jitsu, and also why you ought to come in and have a go yourself.

What To Expect in Your Free Trial Class

Be A Good Uke. Here’s How.
Scroll to top