Jiu- Jitsu a bit of both art (mistranslated from technique) and science. Gracie jiu jitsu applies one thing that separates it from most martial arts: The Scientific Method. 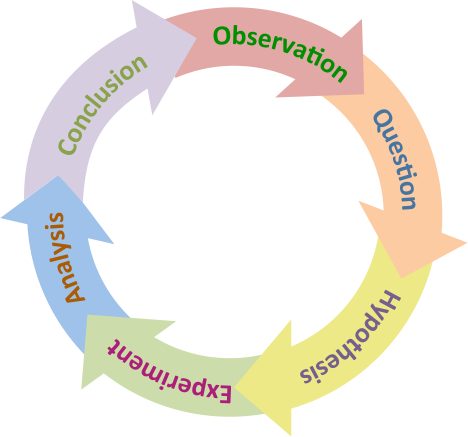 The scientific method is the single most important methodology for improving, well just about anything. Start with a question, write a hypothesis, conduct a test, analyse the data, form a conclusion, make and observation and publish for replication and peer review. Repeat.

The Gracie family has been applying the scientific method to Jiu Jitsu since their introduction to Japanese Jiu-Jutsu/Judo.  The question: How can I survive against one attacker, bigger and stronger than me, and defeat them  using the least amount of effort with no time limit?  The hypothesis: Close the distance to nullify knock out power, take opponent to the ground to reduce further danger, tire the attacker out,  and submit them. The Gracie family began testing this hypothesis in the lab, also known as the mats. (Also the streets and the beaches)

The Test is the critical part to self defence. How do you know your martial art really works? Are you willing to believe your instructor if they have never truly tested it themselves? There are plenty of people who believe their martial art is deadly but seemingly only works inside the dojo. ( See Dim Mak ) The Ultimate Fighting Championship 1 was a landmark for the science of combat. The Gracie family had spend years conducting tests, (okay fights) , in Brazil. They had gained confidence and hypothesised that Gracie Jiu Jitsu was the most effective martial art on the planet. Rorion Gracie designed a new test lab: the Octagon.

Royce Gracie performed brilliantly and proved to the world Gracie Jiu Jitsu could survive and eventually defeat giants. But one tournament wasn’t enough.  Royce won UFC 2 and 4, submitting all of his opponents. Those repeat experiments are necessary to show that the first wasn’t luck, (if anyone had doubts).

When the sport  of Brazilian Jiu- Jiujitsu came along, it created a new set of rules. These rules and time limit are in the science world, called boundary conditions.  The question then became: How do I submit my opponent within boundary conditions?

This gave way to the evolution of the art, with intricate guards, fancy lapel moves, incredible athletes and sometimes the de-evolution with butt scooting.

With Eddie Bravo’s Combat Jiu Jitsu, the conditions allow for certain strikes, and the art will evolve again.

Every practictioner of Brazilian Jiu Jitsu, competitor or not, should be applying the scientific method for their own techniques. If you really need to defend yourself, or help someone else in the future, you need to be 100% certain your martial art works.  Otherwise you may as well practice a martial religion.

Stay Tuned for future posts in the works:

Get Young People Active – On the Spark Program