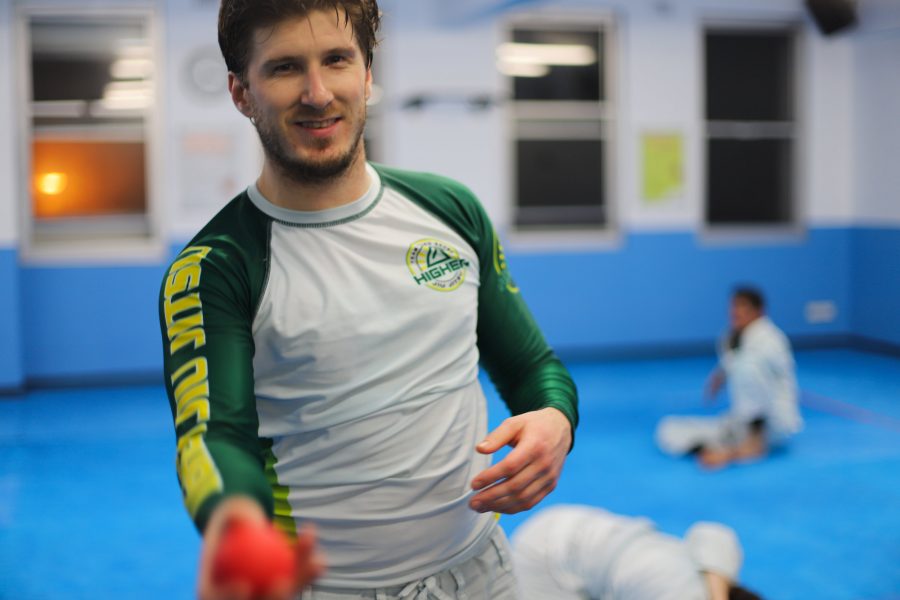 The martial art that is taking the world by storm is Gracie Jiu Jitsu. At it’s core it’s a complete system of self defence, punches, kicks, and controls, and submissions, and all.

It can also be practiced as a sport which is usually referred to as Brazilian Jiu Jitsu or BJJ. The sport is practiced with time limits, and points, and medals and everything that comes with competition.

Either way, it’s known and translated into ‘the gentle art’, and that’s because it allows the smaller person to stay safe against a bigger, stronger aggressor.

To you, our live training looks like bodies and limbs contorting into weird positions, getting super close, being in awkward positions, and often resulting in dire consequences.

Yes we often sweat lots, especially in the summer time. And yes, sometimes it goes on your opponent’s face, as their’s on yours.

On occasion your skin gets pinched, and sometimes in non ideal places, often looking like over-enthusiastic hickies. Then you have the bruises that just magically appear out of nowhere.

On a very rare occassion a joint may pop, and/or your muscle tears, and you find yourself in immense pain, and injured.

Sometimes if you’re in the kitchen, you’ll get burnt.

But you can always be alert, and aware, and minimise risk, doing the things in a safer, more eloquent way, and not get hurt at all.

What is for sure though is that you’ll be uncomfortable.

You’re off the safety of your phone screen. You’re learning completely new ways of movement. You’re in between strangers’ legs.

What the heck. You cave in and finally agree to a class or two.

You look for good, convenient places to learn and book your trial, maybe you’re lucky enough to be accompanied by that friend. He or she gets very happy.

You’ve finally made it to one. The gee smells weird, and doesn’t fit well. You hardly make out the terms let alone understand the language of this art. Initially things go over your head. But you’re there, and you’re hanging in. You’re curious, and you’ll see where it goes.

Very slowly, you can remember the names of moves. Soon you get used to the cotton on your skin, and realise it was a gi all along. Then you learn to enjoy its ability to catch all the sweat and realise it’s how you can choke, and control someone.

You become more mobile in your joints. You’re moving better, and funnily enough things don’t hurt as much. Now you wake up and do some yoga stretches. Since when? You move your arms throughout the day. Your squat is much deeper, but more comfortable. You know where your femur is, and what your hips can do.

Then you get to find leverage with your bones, and it feels unlike anything you’ve ever done before. You can toss people double your size, and it’s not even difficult!

You’ll try to remember everything, but that’s not really the goal.

Eventually you’ll realise that the secrets are all in fluent mechanics of movement, and precision of practiced techniques.

Better than all is that you’ve met a group of people that only want to see you improve. These fellow students aren’t meatheads, or bullies, or assholes, or weirdos at all. They’re actually really nice, and they’re always happy to help. Soon you realise they’re there for the reasons you are too – to grow with like minded people, and improve on themselves, and enjoy this life, and have lots of fun doing it.

You see them on the mats throughout the week, you exchange some giggles, warm up, learn technique, and you have a great time. By the end of the class, you’ve loosened up, your mind is no longer at work, and you feel amazing. You even don’t need to do that weird rolling stuff! At least not yet, thanks to the Fundamentals program.

You’re learning self defence Gracie Jiu Jitsu, and you’re slowly realising that this isn’t fighting at all. It’s intelligent, it’s elegant, and it shows just how powerful the idea of leverage is. Why work harder when you can do things smarter? Hmmm.

You’re a few classes in and you’ve opened a can of worms.

Thoughts race, and technique vanishes into the abyss of forgetfulness. Sometimes there is overwhelm but that also dissipates just as quick as the technique did from your head the night before.

You want to come to more, and see more, and you fight to remember more. But all you can do is relax. Your coach says you just need to chill, and show up, and enjoy the ride. You need to be fluid, and feel things out too. Sometimes you can’t simply will things in your favour.

You’re not used to relaxing. You want to go, go, go. Here you’re not invincible. Now you have to lay on the floor, and check in with your breath, and look stupid moving in funny ways, and fail at something over and over before you finally get them right.

When you do however it feels good. Great. Better than you ever did before.

You’re learning heaps, and you’ve never had so much fun in your life.

“Yeah dude, I train jiu jitsu. It’s so much fun, you should come try it sometime.”

And there you have it. Just like that, you’re one of us, a white belt, a believer, a martial artist, and a student of Jiu Jitsu.

So You Want to Start a Jiu Jitsu Academy

From Start to Struggle: The Process of Beginning Jiu Jitsu
Scroll to top