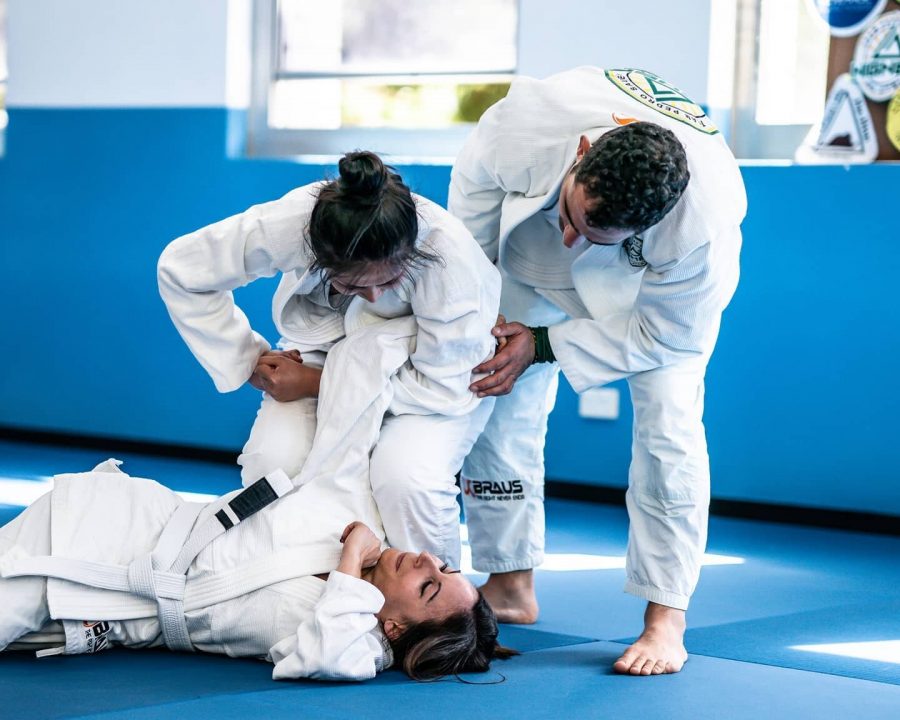 I was a few classes into my jiu jitsu journey.

I was fit, and strong, and gladly accepted an invite into a jiu jitsu tournament.

Before I knew what an armbar was I was being armbarred, and I only knew one way out of it.

I’d like to think my knowledge and skills have improved since that time, and with hindsight can look back and see what was favourable to learning and what wasn’t so favourable.

The Nature of Jiu Jitsu

Learning jiu jitsu involves being choked, and your limbs extended against your will. Heavier people will squash you, and it will be hard to breathe. I can tell why doing it doesn’t sound like something to sign up for.

It’s similar to what you see in the UFC. Same, same but different.

Just like on TV, an armbar in a real fight is having your bones snapped, and/or your joints decimated. On the street being choked out is succumbing entirely to the will of someone else. Neither of these sound like fun.

In a regular jiu jitsu class, it’s what you’ll get to do too. You’ll stretch, you’ll sweat, you’ll struggle, and you’ll submit, many times. It’s all part of the process.

So There is a Process.

All of these struggles will come, rest assured. It’s only a matter of when.

Cambridge Dictionary says a process is ‘a series of actions or steps taken in order to achieve a particular end.’

If you want to do jiu jitsu well, it’s easiest to start well from the beginning.

Fighting with someone with no tools, let alone weapons rarely ends well. Some people thrive in this type of chaos. These are usually the mesomorphs, the competitors, and the athletes, who have had plenty of experience in striving for their best, being great at everything, and doing well in deep waters.

This is not most people.

Most people need to see, think, and feel, and smell their way around the mats first. Just like most people, you’ll need to acclimatise yourself with the surroundings, understand the rules of the game, and get to practicing the basics over and over before even thinking about applying them in a real situation.

If you’re like so many of us, you want to wet your feet first before you plunge into the deep end.

The reality is you can’t swim right now. You’re a white belt beginner in a vast, deep blue ocean of technique, and sequences, and tricks of the trade that’s been practiced for centuries.

Your instincts haven’t been trained, and your paltry attempts at survival will very quickly destroyed by the seasoned jiu jitsu practitioner. You can feel this, and you have no control over it. It really is another world.

With no skills, you sink, and you die. Not literally, because you’ll tap, but it feels like it, and it often ends in disaster. You don’t want to barely survive. You want to thrive and live a long life on the mats with Gracie Jiu Jitsu.

To Start New is to Struggle Enough

You walk into your local jiu jitsu academy.

It’s a new environment, there are different faces, often bad smells, terminology, techniques, even the handshakes are weird ones. Then there’s the assumed knowledge, and the particular movements. This is usually more than enough for mental and physical overwhelm.

Starting jiu jitsu is a part of the process in and of itself.

“For the things we have to learn before we can do, we learn by doing.”

As a new student, it’s OK to slowly work your way into the madness. The struggle can wait until you are ready for it.

Our Professor Pedro Sauer likens it to eating a hot bowl of soup. If you go straight for the middle, you’ll burn yourself, and it will hurt. Instead, sip off the sides, and consume slowly. It lets you savour the tastes, and enjoy with pleasure.

Same thing goes for jiu jitsu. Learn the tools first before you jump in to swim.

There may never be an exact time to start the rolls. It’s somewhere around thinking you’re up for it, and being knowledgeable and co-ordinated enough to recreate the movements.

You possess some knowledge of the basic positions, you’ve seen the fundamental techniques a few times over, and you have some rudimentary strategy about what it means to survive and thrive in the thrill of a roll.

When it’s time to add some resistance, and eventually roll, you’ll have the time of your life. You’ll be getting tapped often, and you’ll realise it was never anything to be scared of anyway.

You’ll trade techniques with some legendary people, you’ll battle for positions, assert control, be controlled, threaten eachother’s necks, and limbs, suceed, and fail, all in the matter of a few minutes.

Then they’ll tell you how they did what they did, and you’re already thinking of how to counter it. You study outside of mat hours to make yourself better, you eat better and move more because it’s so much fun, you lose weight and get stronger, you have a passion that satisfies you.

The difference is you’re now playing safely, you’re not hurting yourself, or anyone else, and you understand that it’s all a big ball of having fun.

The process has moved forward organically.

Feel free to roll now, and have those buddies challenge you. Go and embrace the chaos, and enjoy the struggle because now you have tools to deal with it. You have some armour, a shield, and it’s your job to battle, to not die, and to survive to fight another day.

Soon you develop fluency, and look for finesse, creating your own details, chaining techniques, and sharing your knowledge with curious other students.

This is the process of jiu jitsu. When you respect the process, and you’re patient with it, the joys are innumerable and aplenty.

When you take things slow, you learn how to play jiu jitsu, and you set yourself up for many years of fun on the mats, and off.

Find your space, embrace the beginning, develop your skills consistently, respect the process, and build quality of life with Gracie Jiu Jitsu.

10 Ways to Annoy Your Jiu Jitsu Buddies
Scroll to top